Build is the annual developer conference held each year by Microsoft in downtown Seattle with tickets being usually highly sought for and run into a few thousand dollars for the privilege of attending. The 2020 event was forced to go online and was to be broadcast across 3 days free of charge. Following Satya Nadella's opening address, the keynote was led by Scott Handselman and friends and was titled "Every developer is welcome". 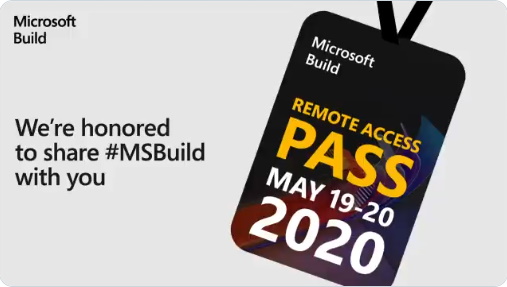 Being a Hackathon Particpant

I've been very fortunate to be involved in local hackathon community as a student and well into my full time graduate job. I've been able to act as an organiser, a participant and as a corporate sponsor. In this three part series I'm documenting some of the steps and processes I go through to contribute to that community. In part one, I'm discussing how I've been a participant and how I've taken on challenges across Scotland and Europe. 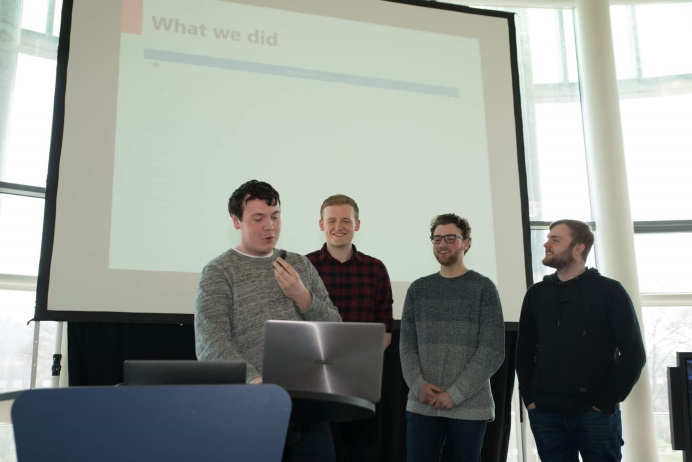 Christmas Eve marked the six month anniversary of my first real-world job since I graduated from the University of Dundee last May. That time has been more information dense than the four year course that lead me to the job. I was under no disillusions that a degree was going teach me everything I had to know about entering the industry but I never expected to spend many days feeling like an idiot. 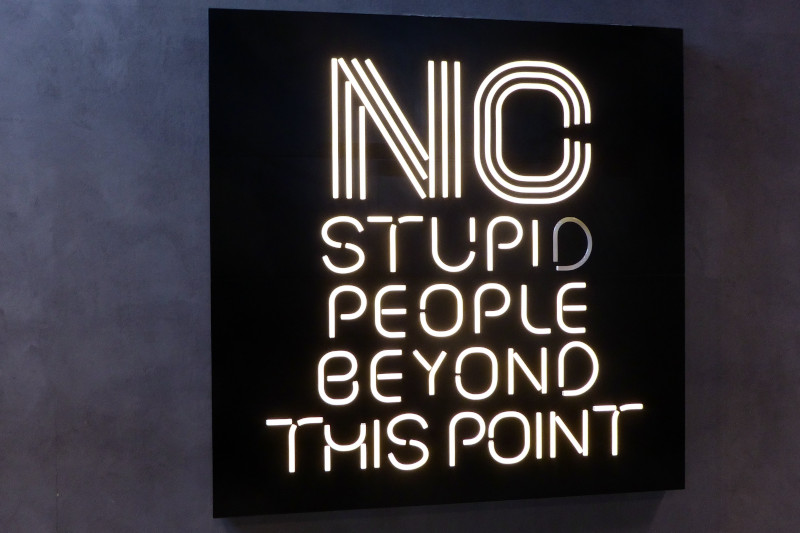 I absolutely love the journey to Brighton. I set off early in the morning from Dundee and around 8 hours later after some beautiful scenes down the East Coast Main Line, through London and then onto the Brighton mainline, I arrive at a very cosy Airbnb. Above all, the thing I enjoy most is the atmosphere of the city. When you leave the station, you’re met with a bunch of food trucks and stalls, it’s a busy place but not a rushed place. It’s got a creative flair which results in all kinds of utility boxes having artwork across them providing a great feel to the city. While there I couldn’t help but think that Dundee is to Edinburgh as Brighton is to London. 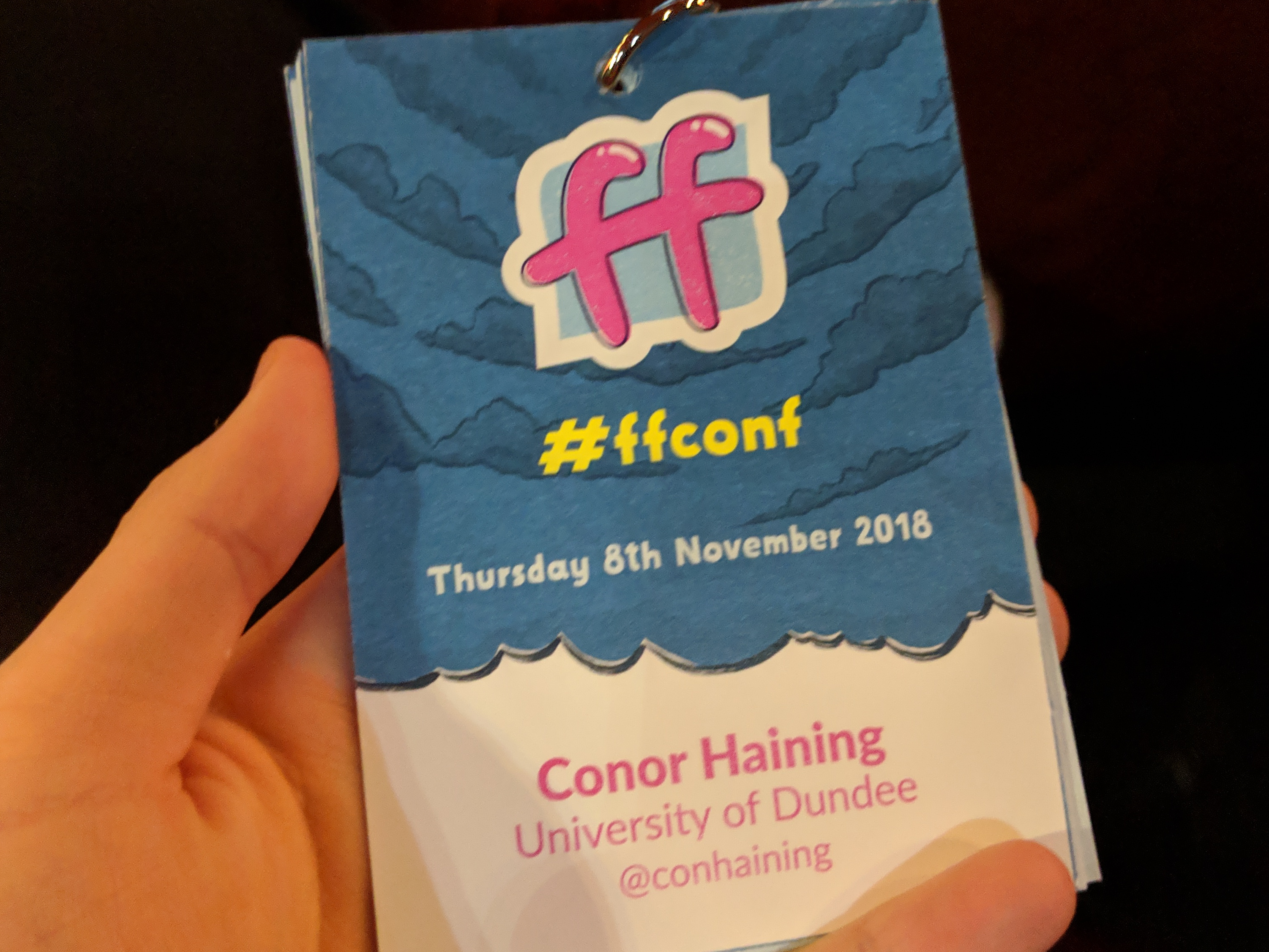 VivaTech, an annual technology & innovation conference in its third year, is billed as “the world’s rendezvous for startups and leaders to celebrate innovation”. Held in Paris, this week it attracted 80000 attendees, 8000 European startups and dozens of large players in technology across Europe. It also featured talks from Facebook’s Mark Zuckerberg, Microsoft’s Satya Nadella, and IBM’s Ginni Rometty amongst many, many more. I decided to attend VivaTech to explore the wide range of industries and technologies on display. As I am graduating next year, the event gave me an opportunity to look into possible career paths as well as gain an insight into the direction that the industry is moving as a whole. Although VivaTech was more business-oriented, it also featured talks and workshops by senior engineers in the field. This mix allowed me to gain both a high-level overview of upcoming technologies, but also a more detailed insight into the lives and work of people those in these areas. 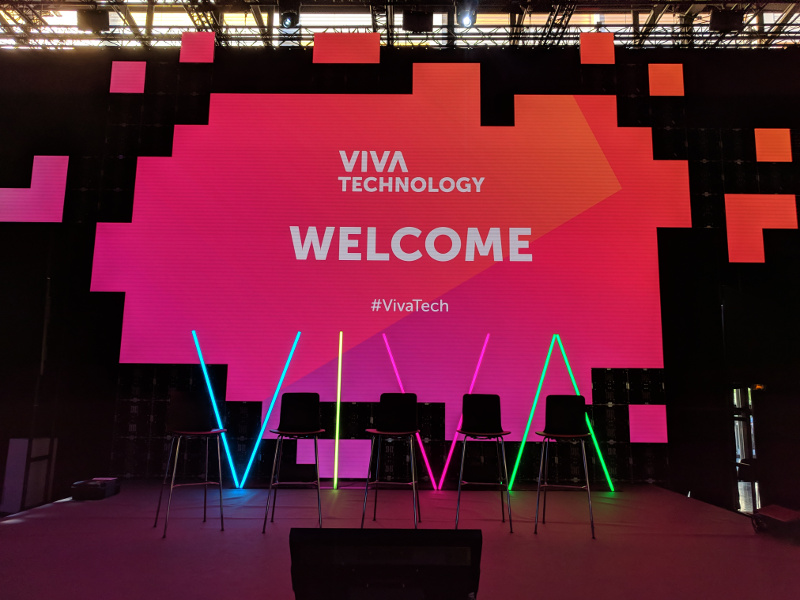 This past weekend I was fortunate enough to find myself in Eindhoven to compete in the HEX 2018 Hackathon. The event was set to run for 32 hours from 0000 Friday/Saturday to 0800 Sunday, my second hackathon, first international, and longest to date. A hop from Edinburgh across to Eindhoven, and I soon find myself in Veemgebouw. Formally a factory space for Phillips, now a mixed use building with it’s top two floors acting as a venue space. These top floors formed the venue for HEX 2018, which had an urban and industrial vibe which was different from what I’ve seen or known from other hackathons, however I really enjoyed the aesthetic of the event. Level 2 featured the main stage, registration, a relaxing space with couches and most importantly the source of food. Level 1 was the hacking venue with tables stretching the full length of the hall, RGB lighting along the pillars of the building and HEX partners lining the middle of the hall. 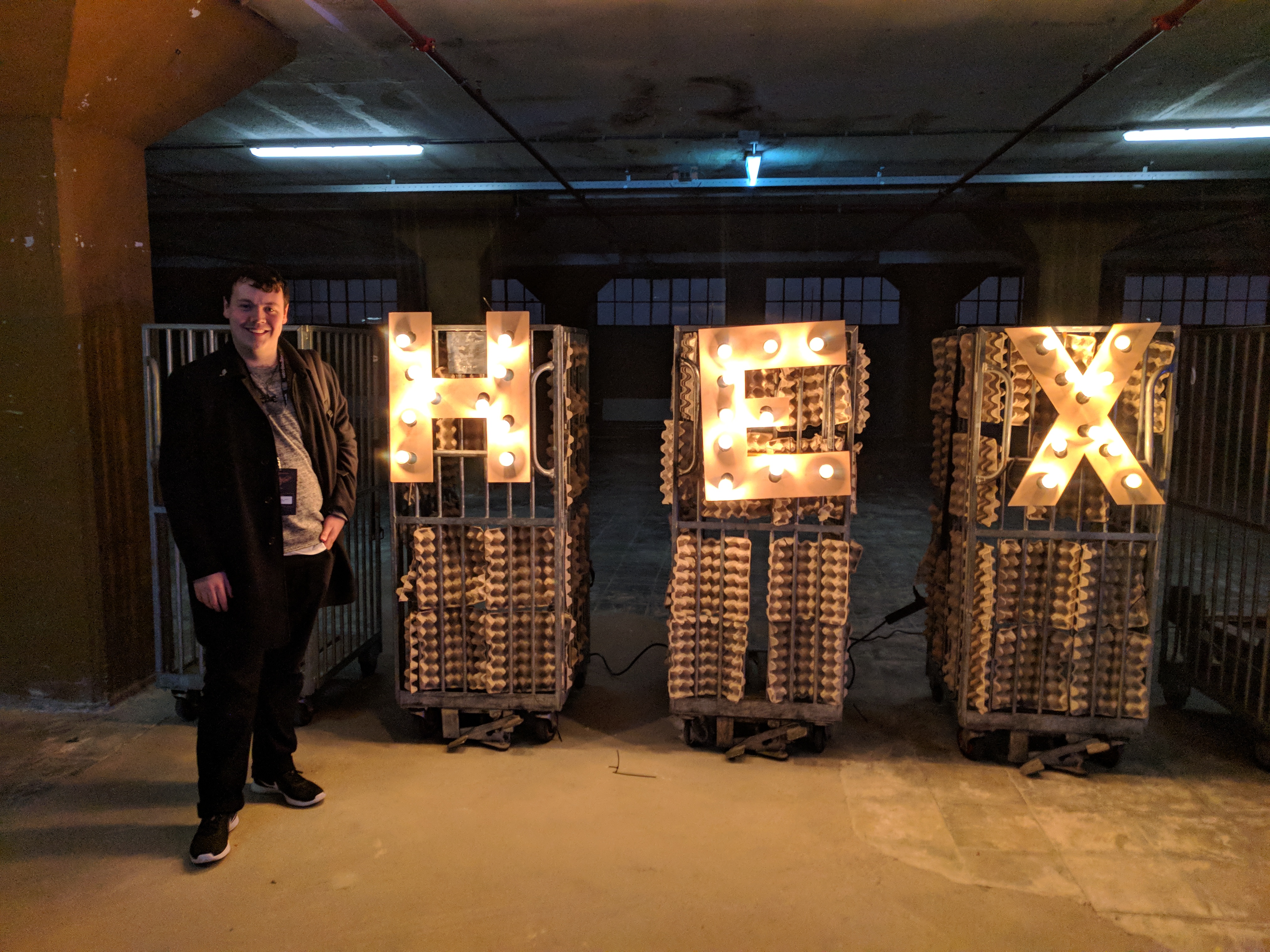 Just over a week ago, we held the closing ceremony for Quackathon 2017. This was the end of what was months of planning and continuously jumping hurdles. The most important thing to make this happen was having a good team. There are 5 committee members for Dundee University’s Computing Society and the five of us relied on each other to complete our own areas. It’s also worth noting it’s not easy planning a major event from scratch while juggling other responsibilities like our courses, jobs and others. 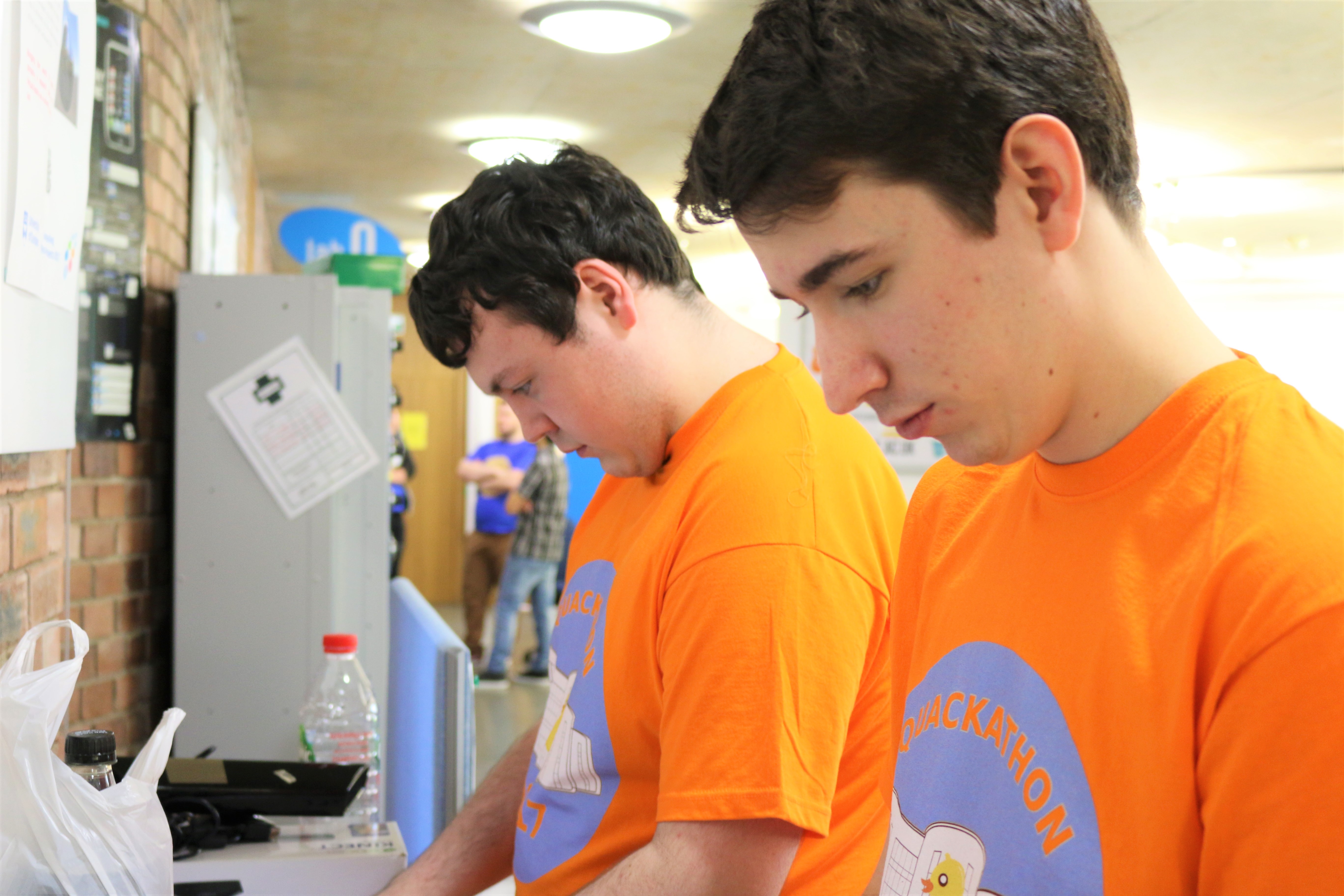 I have been looking for an excuse to learn and use Python, and I always find the best way for me to learn is to tackle something in a small project. I have also recently become very interested in real-time travel information for public transport. Most cities and countries offer real-time arrival and departure information for busses, trains and mass transit (trams, underground, light rail) and where I live and study in Dundee is no different.

For a recent university project we were analysing large networks. We used the Standford Network Analysis Project (SNAP) to perform a number of operations on any dataset we wanted. We searched for a large dataset as we believed it could yeild some pretty interesting results. We settled on the California Road Network where nodes represent either an intersection, or end point (dead end) and the edges represent the roads between them. The website states that this is an undirected edge but we found during the visualisation that there is infact directed edges.