This past weekend I was fortunate enough to find myself in Eindhoven to compete in the HEX 2018 Hackathon. The event was set to run for 32 hours from 0000 Friday/Saturday to 0800 Sunday, my second hackathon, first international, and longest to date. A hop from Edinburgh across to Eindhoven, and I soon find myself in Veemgebouw. Formally a factory space for Phillips, now a mixed use building with it's top two floors acting as a venue space. These top floors formed the venue for HEX 2018, which had an urban and industrial vibe which was different from what I've seen or known from other hackathons, however I really enjoyed the aesthetic of the event. Level 2 featured the main stage, registration, a relaxing space with couches and most importantly the source of food. Level 1 was the hacking venue with tables stretching the full length of the hall, RGB lighting along the pillars of the building and HEX partners lining the middle of the hall.

The event however wasn't without it's problems, and in fairness problems which are common place at these events. The Wi-Fi started to breakdown before hacking and began, and apparently it got so cold during the night that €300 worth of blankets were bought in to keep people warm. I sympathise with the organisers, however these were foreseeable problems. We were greeted by a very energetic host at the opening ceremony, all participants were able to choose between two workshops ahead of the hacking commencing at midnight. 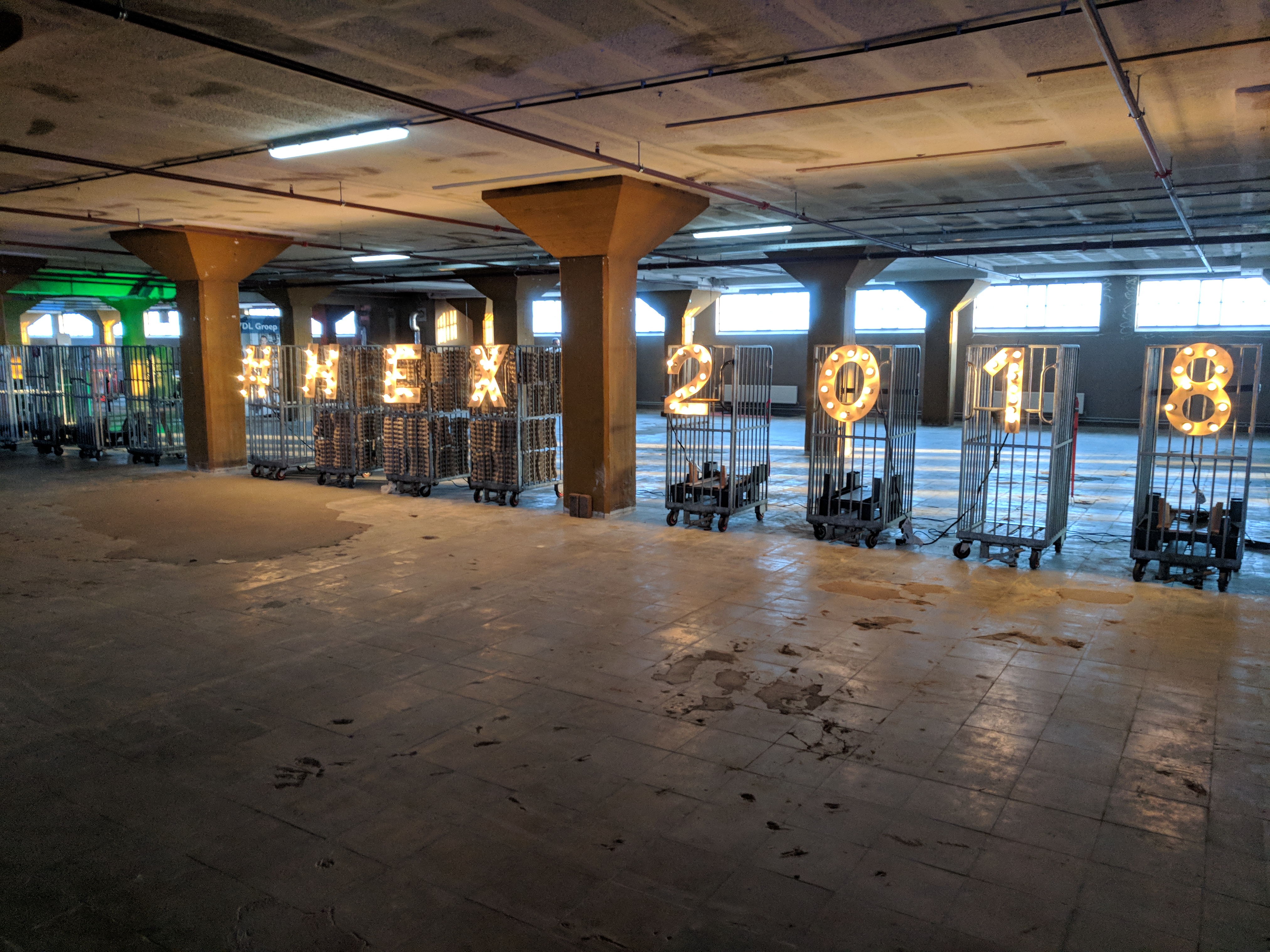 We had been reviewing the tracks on offer prior to going to the event out of the 10 challenges to choose from. We generated some ideas in the Future Society, Future Mobility and Health Tech tracks but by the time hacking was started, we had settled on the Future Society track sponsored by Bloomberg.

The project is a social enterprise named 'Craft for a Cause'. The aim was to support people in rural and remote areas by giving them the platform to access the global marketplace and economy through our service. Communities and crafters would be able to offer bespoke and locally created crafts and 'Craft for a Cause' would handle the marketing, collection and distrubution of the products by providing the crafts to our patrons.

Furture plans included a Virtual Learning Environment to train our Crafters in order to allow them to expand their product range and allow them to increase their income and expansion on the marketing of the communities and our crafters within those communities.

I really enjoyed our techinical stack, having dominantly PHP experience I was really eager to use something else over the weekend so the list of technology used across the project was: 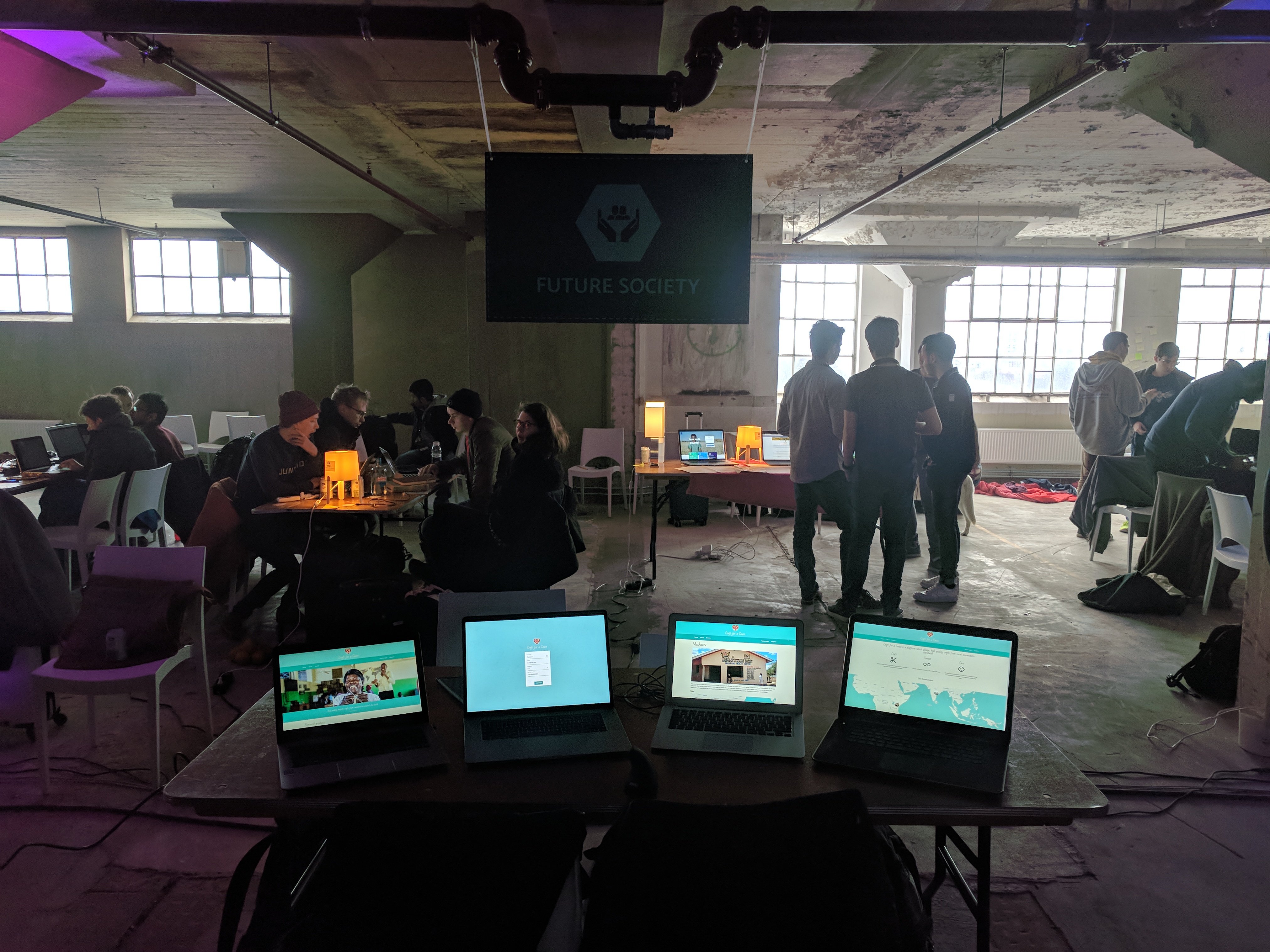 I am relatively new to Node.JS having only been able to tinker with it in the past few months on various things here and there. So I still found myself navigating it's nuances and quirks. However I now feel considerably more comfortable using Express and NodeJS, and I'm planning on using it in future projects. However still feeling a little shakey, I wasn't able to blast through some Node functionality as fast as I might within Slim or Laravel. Even then I still didn't feel terribly slown down in terms of development speed - critical for a hackathon.

I was responsible for implementing the Twilio API into our product to allow for communication between our service and our crafters. The idea was that in remote areas, data connection may be sparse and/or expensive so communiaction by SMS was preferred. The challenge I faced here was being able to link up a response from a crafter to whatever order & product they were providing since the crafter would only be providing some notice of confirmaton such as 'ok' or 'yes'. The solution I found was to store all outgoing messages in a Model and query when a response was received based on which number it came from and preform any changes in there.

We presented our product infront of five judges; three representing the HEX team, one from Bloomberg - the sponsor of our track, and one from Twilio.

There was such an incredible range of outstanding projects developed over the weekend across all tracks, and while we didn't place in the top 10 for a final pitch, we were thrilled to be award the prize for "Best Twilio Integration" by Marcos Placona. Our prize was quite a large box containing a Star Wars robot which lead to a slightly unusual encounter at a very remote Amsterdam UPS office the following day.

Having since gotten my first taste of a Hackathon last year at Robert Gordon, I was itching to attend more. I've even went as far as organising Dundee University's Annual Quackathon in 2017.

I've already planned to attend RGUHack this April & hopefully get another international hackathon before the year is out. Even some discussions of organising another hackathon, but that's a long way off but still a very exciting idea. Hopefully I'll have something to share in a few months time.

As for Eindhoven, Amsterdam, the Netherlands and HEX; I've had an absolute blast and I am very eager to return again soon. They also have so many varieties of Fanta, a massive selling point for me.